Ferries from Ireland to Spain

For years those wanting to travel by ferry to Spain from Ireland, such as those who wanted to bring their car with them, had to book several ferries with lengthy car journeys in Britain or France between ports just to reach their final destination. Thankfully that all changed when in December 2013 it was announced that the first ferry service between Ireland and Spain would begin operating shortly.

Ferry to Spain from Ireland

LD Lines operates a service from Rosslare, which is located near Wexford, about 40km east of Waterford, to Gijon. Gijon is located on the north coast of Spain, around midway between the French border and the Atlantic ocean. It’s the largest town in Asturias and both a beach resort and a medieval city, offering an ideal combination of culture and sun. Gijon is also ideally located for access to the entire Spanish mainland, as well as Portugal and Southern France. 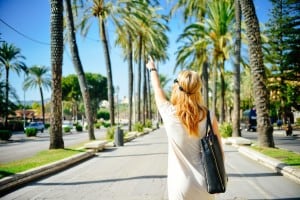 The service operates from Rosslare with a stop in Saint Nazaire in France. At this stop, you’ll need to disembark from the ferry due to the stopover being three hours on the Ireland to Spain route, and ten hours on the Spain to Ireland route. This gives you just enough time to go exploring Saint Nazaire and gives you a chance to have a rest on dry land. The ship then continues to Gijon.

The Norman Atlantic is the ferry used for this service. It has the capacity for up to 195 cars and 492 passengers, and there’s also a bar, restaurant, shop and lounges. The cabins are comfortable, and the ship sails weekly. Departure times are 9pm on Friday from Rosslare. The total journey time is around 39 hours. The Gijon to Rosslare route meanwhile sets off at 10pm on Tuesday, and takes approximately 48 hours. Sadly not pets or foot passengers are currently allowed on this ferry.

A ferry route has also been proposed from Cork to Gijon, although the originally planned commencement date of March 2011 came and went without the ‘Ro-Pax’ freight and passenger service ever operating. Pressure is mounting for such a service to be implemented, so if this would be more convenient for you keep a look out for future updates.

The Rosslare to Gijon route on LD Lines is currently the only semi-direct route from Ireland to Spain. However it is possible to make the same journey in several other ways, but this will involve booking several ferries or a ferry and Eurotunnel journey. For instance, a ferry can be taken from Cork to Swansea, followed by a three hour drive to Portsmouth, Poole or Weymouth. From these ports, you can take a ferry with one of multiple operators to Northern France, allowing you then to drive to your final destination in Spain. This is not without significant effort, as the drive between St Malo and Barcelona, for instance, takes over 10 hours. We would advice taking the LD Lines route unless you are prevented from doing so by special circumstances such as the need to bring a pet along with you.