While some of the destinations on the Irish Sea ferry routes will be familiar to everyone – such as Liverpool and Dublin – others are more obscure and are served largely because their geographic position offers the quickest crossing. For some of these towns, the ferry terminal has literally put them on the map. Read on to discover what you should expect from these ports, as well as a refresher on the more famous ones. 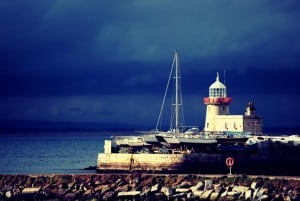 Rosslare is located in County Wexford, in the Republic of Ireland; the closest big town is Wexford and the port is ideal for onward journeys to Cork and Waterford, and also is convenient for Kilkenny and Limerick. Rosslare also offers connections to France and even Spain. The port is served by a train station with direct routes to Dublin Connolly, with many customers choosing to use the SailRail service to travel between locations in Britain and Ireland.

The main Dublin port offers the most convenient location for trips to the centre of the city and also connects to the Irish M1 motorway making driving North quick and easy. For journeys elsewhere a short trip up the M1 to the EO1 Dublin Ring Road offers connections to other motorways.

Dublin also has a second port at Dun Laoghaire in the southern suburbs of the city near Blackrock. For those who want to avoid the traffic of central Dublin or who have onwards journeys to the south this is an ideal location with quick connections to the E01.

The port of Belfast

Northern Ireland‘s capital Belfast offers a port close to the city centre with easy connections to the M2 motorway. Roads from the port will bring you to the North of the City from where you can easily make onward journeys across Ireland.

Larne Harbour is located towards the south of the city with easy access to the A8 which links to the A2 less than a kilometre from the port. Those whose onward travel is via train benefit from the conveniently located Larne Harbour station.

Scotland’s main population centres are served by the Troon ferry to Ireland. Troon is located near Prestwick Airport and can be reach from Glasgow by travelling down the M77.

Cairnryan is perhaps the smallest destination served with little to the settlement other than the port. It is, however, located close to Stranraer and offers convenient connections along the A77 to destinations in both Scotland and England.

Heysham is another town that isn’t on most peoples radar. It’s located close to Morecambe and Lancaster making it a good alternative to Liverpool/Birkenhead for the North West.

Liverpool serves Ireland through ports on both sides of the River Mersey. Thanks to the A59 Kingsway and the A41 it doesn’t matter too much whether your route is from Birkenhead or Liverpool as travelling times to other locations in the North West or North Wales are similar from both.

Holyhead has long been the port of choice for quick crossings to Dublin. Located on Holy Island just off Anglesey in North Wales the port can be reached from the North West of England along the North Wales Expressway A55. For quickest overall journey times driving to Holyhead rather than taking the ferry from Liverpool is recommended.

Fishguard is a picturesque Welsh port located close to the Pembrokeshire National Park. It offers fast services to Rosslare and is served by the A40 to the South  and the A487 to the North-West. A Fishguard Harbour train station makes it a great choice for Sail Rail tickets.