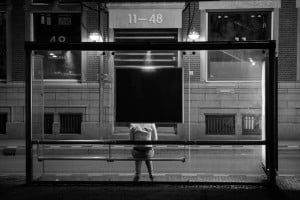 The beautiful country of Holland, alternatively known as the Netherlands, is a popular tourist destination for British travellers. Just a short trip across the channel allows British tourists the chance to experience the vibrant cities, beautiful countryside and rich cultural heritage of this historic country.

While many people may choose to take the fairly short flight over to the Netherlands from the UK, there are more exciting ways to visit Holland. For the more adventurous European traveller, several different ferry routes are available providing direct transport from the UK to the shores of the Netherlands. These ferries are all luxurious liners designed to provide comfortable transport across the Channel, with plenty of onboard entertainment to pass the hours away.

For those living in London or the South East of England who are hoping to take a ferry to Holland, the route from Harwich in Essex is ideal. This route travels from the east coast of the UK to Hook of Holland (known as Hoek Van Holland or De Hoek in Dutch), a small town near the North Sea Coast. This route is the most direct way of travelling to the Netherlands for those in the south of England. The ferries on this route can transport passengers travelling on foot or those wishing to travel to mainland Europe with their vehicles.

This route allows easy access to Rotterdam, a major city in the Netherlands. It’s possible to catch a connecting ferry from Hook of Holland to Rotterdam from the town’s ferry port if you’re hoping to travel onward.

For those who want to access this route from outside of Essex, the company Dutchflyer also offers a combination ticket that combines a train journey from other areas of the UK to the ferry port in Harwich. This train journey includes anywhere on the Greater Anglia train network.

The Harwich-Hook of Holland ferry sets sail up to twice a day and takes from 6 hours and 45 minutes to make its crossing. It is accessible by those travelling with cars, and those travelling by foot.

Amsterdam is an extremely popular tourist destination in the Netherlands, so one of the most appealing routes available for ferry travel is the Newcastle-IJmuiden ferry route.  IJmuiden is just outside Amsterdam. Newcastle, located in North East England, is easily accessible by road and train from much of the UK and offers a particularly convenient route to Holland for those travelling from the North of England.

The ferry leaves from Newcastle seven times a week, and the crossing takes from 15 hours and 30 minutes.

There is also a route in operation between Kingston Upon Hull, more commonly known as Hull, in the East Riding of Yorkshire and Rotterdam in the Netherlands. Rotterdam has the second largest port in the world, and the city itself has an exciting, cosmopolitan atmosphere, making it a popular destination for tourists from all over the world.

This route can be used both by foot passengers and those travelling with vehicles. It makes up to seven crossings every week, and the journey takes from 10 hours and 45 minutes.