Taking the ferry to Denmark is unlike any other ferry crossing available from the UK. The journey is more like a miniature cruise, offering you the comfort of an overnight stay aboard the ferry and the convenience of bringing your own vehicle with you. Currently, there’s only one operator running ferries between the UK and Denmark, and only one route available, but despite these limitations the service is top class and the prices are more reasonable than you’d expect. 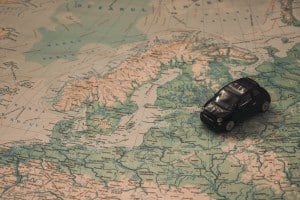 Taking the ferry to Denmark isn’t just great for those visiting this picturesque Scandinavian country, home to beautiful islands and Legoland for the kids, but also perfect for those travelling onwards to Germany and the continent, or to other Scandinavian countries via ferries from Denmark. Many routes to the continent that would traditionally have been taken via Holland, France or Belgium can be just as quick via Denmark, and save you driving on as many unfamiliar roads.

The ferry route to Denmark

The ferry to Denmark runs from Harwich is Essex. Harwich is close to Flexistowe, and between Ipswich and Colchester, making it ideal for those travelling from the South East, London, Anglia or the Midlands. The port is also within a days drive of anywhere within the UK, so is an option even for those travelling from further afield. The ferry sets of at quarter to six in the evening, arriving at 1pm the next day. There’s four crossings in each direction per week during peak season. Your destination in Denmark is Esbjerg, which is the most convenient port on Denmark’s west coast for onward journeys to Copenhagen via the E20, or into Germany via the E45.

Driving on from Esbjerg you can arrive in Hamburg or Copenhagen in under three hours, Malmo in Sweden in 3 hours 15 minutes, and even Berlin in 5 hours, 30 minutes or Stockholm or Prague within 9 hours. For many of these destinations, this onward travel time is similar or less than routes from the Netherlands.

DFDS Seaways is the operator of the route. They offer great facilities, with every cabin onboard featuring en suite bathrooms. There’s several restaurants on board the ships, as well as bars, shops, lounges and more. You can even bring your pet with you in your vehicle for an extra £19 per animal.

Foot passengers are also welcome on the route, as are those travelling with motorbikes or push cycles. One of the most popular cycling holidays involves taking the ferry to Denmark before cycling down through Germany and Holland before returning to the UK. Others choose easier journeys along the Danish coast, and many families bring their bikes with them as Denmark, either as their only vehicle or strapped to their car, is one of the most cyclist friendly places in the world.