Belgium is a popular holiday destination for many Brits. Densely populated, it has several lovely and historic cities with fascinating medieval architecture alongside diverse and beautiful countryside. Many people from the UK every year choose to travel to Belgium to admire its scenery and sample its famous food, particularly its chocolate!

A particular attraction of Belgium is its location; it is surprisingly close to the UK and easily accessible by a variety of transport options. To add to its appeal, Belgium is also one of the EU states to have signed the Schengen Agreement, meaning there are no border controls between the UK and Belgium. You can travel into the country without having to obtain a travel visa for 90 days, and there are no immigration checks as you enter Belgium. 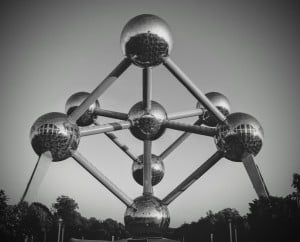 For those planning a trip to Belgium, a ferry to Belgium may be a good choice of transport. Although not the cheapest mode of transport, travelling by ferry offers an exciting journey that can add to the fun of your holiday. It can also save you money on car hire if you bring your own vehicle, and means no annoying airplane luggage limits.

Sadly, the number of ferry routes in operation between the UK and Belgium has recently been reduced. From July 2004, TransEuropa Shipping Lines ran a route between Ramsgate in east Kent and Ostend in West Flanders that transported both passengers and vehicles between the UK and Belgium. This service allowed people to travel to Belgium with their cars, although foot passengers without vehicles were not included on the ferry. This ferry route took about 12 hours, leaving four times daily. In April of 2013 the company filed for bankruptcy, and the route was cancelled indefinitely.

There is a ferry route across the North Sea between Rosyth, Scotland and Zeebrugge in Belgium, but this ship is freight-only. The ferry, run by Norfolkline, used to transport passengers but cancelled this service in December 2010. There is now no passenger ferry in operation between Scotland and Belgium.

In 2014, the only service that carries passengers by ferry between Belgium and the UK is run by P&O Ferries, and runs between Hull in Yorkshire and Zeebrugge, a city about 10 miles from the beautiful town of Bruges. This journey takes about 13 hours and 15 minutes and travels overnight between the UK and Belgium. It makes up to seven crossings a week, setting sail every evening all week.

If you’re set on travelling to Belgium by ferry but don’t want to leave from Hull, there are more frequent ferry services from the UK to Calais and other nearby locations in France such as Dunkirk. It is possible to take a ferry to one of these towns in northern France and then travel by train to Belgium, or by car or coach if you prefer. This can also offer a chance to extend your holiday to explore the countryside of France on your way to Belgium. Brussels in particular is very well connected by rail to several cities in France.

If the ferry is not convenient, then there is also a Eurostar rail service between London and Belgium and many quick flights leaving from several airports across the UK.