Being just a short hop across the Channel, it’s no wonder that France is one of the most popular ferry destinations from the UK. With a warmer climate, superb dining, beautiful beaches, arguably the world’s most important art — not to mention the wine — it’s hardly surprising so many Brits take the ferry across each year. And it’s also no wonder that so many British and French ports vie for their business. Taking a ferry to France offers more options than destinations such as the Netherlands or Belgium, and the savvy among you would be wise to consider several routes in order to ensure your journey is as cheap, fast and comfortable as possible. 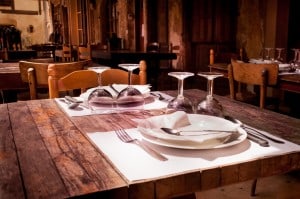 It’s possible to travel from any substantial port on the South Coast of Britain to France. Generally though where you arrive in France is conditioned by where you set off — you can not set off in the South West port of Plymouth and arrive in Calais for instance. Ports tend not to duplicate destinations with each other, and instead go to the nearest French port — although there are some exceptions, with multiple British ports serving St Malo.

Despite the Channel Tunnel duplicating much of the route, and decreasing business for ferry companies located here, Dover is still one of the most popular starting points for a ferry to France. Four different ferry companies operating crossings to France from here. The two most popular French destinations from Dover are Calais and Dunkirk, but it’s also possible to go to Boulogne and even to Dieppe which is significantly further to the West, but has the added benefit of being closer to Paris. This crossing takes 2 hours and 45 minutes during the day, which is significantly longer than other routes such as the 90 minute Dover to Calais crossing with P&O, MyFerryLink or DFDS Seaways.

If you’re traveling from the South West then taking the ferry from Plymouth to Roscoff in the West or St Malo, further to the East. Plymouth to Roscoff is from 6 hours, and there’s up to two crossings per day with Brittany Ferries. Those traveling further East within France should consider if it’s better to first travel further East in England to ports such as Poole, which serves St Malo and Cherbourg, or Portsmouth which serves both these ports plus Caen and Le Havre. Portsmouth to Caen is the most frequent of these, with up to three crossings per day, the quickest being 5 hours and 48 minutes.

Other South Coast towns and cities also have ferry routes to France. Weymouth for instance has a ferry service with St Malo, while Newhaven (near Eastbourne) can connect you with Dieppe. The Weymouth service is with Condorferries and offers up to seven crossings per week, taking around 5 hours and 50 minutes each. Newhaven is more frequent, with up to two crossings per day taking four hours with DFDS Seaways. There’s also the option of taking the Ferry to Belgium or a ferry to Holland then driving or taking the train to destinations in France, which could work out faster if your destination is in the East such as Strasbourg or Nancy. Similarly, those traveling to Southern France should consider routes to Spain such as to Santander.

When deciding what route to take consider first if your priority is speed or price. Those who are more price conscious should take into account more ports, but remember to add on the cost of the journey either side of the port. There’s no point choosing a route that is £10 cheaper if you have to then spend more than this in additional fuel to reach your final destination.