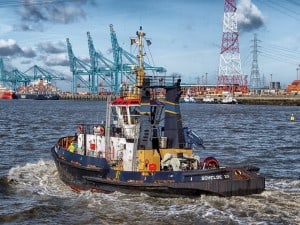 There are very few ports that run passenger ferries between the UK and Belgium. Currently, the only route available is between Hull and Zeebrugge.

Hull, formally known as Kingston upon Jull but more commonly referred to as Hull, is a major city located in East Yorkshire with a port that sees over 1 million passengers pass through each year. The port has seen sea trade since from as far back as the 13th century and is currently the main port for the importation of timber into the UK.

Hull Port is made up of several different marinas: the Hull Marina, the Junction Dock, the Albert Dock, the William Wright Dock, Alexandra Dock, and the Queen Elizabeth Dock. All of the docks at Hull Port experienced significant damage during World War 2, as the port was targeted by German bombers.

Hull has several museums with exhibits providing information about the history and function of its port, including the Hull Maritime Museum and the Streetlife Museum of Transport.

The city of Hull itself has a rich history. Founded in the 12th century, Hull has long been a centre for trade and commerce, partially thanks to its location within the East Riding of Yorkshire. Despite famously being affected severely by bombings in the Hull Blitz that damaged much of the city and killed over 1,200 citizens and then suffering through the post-industrial decline following World War 2, Hull is now a city of flourishing cultural and sporting achievement.

The Port of Zeebrugge, also known as the Port of Bruges-Zeebrugge, is located in Flanders, Belgium, and takes in over 50 million tonnes of cargo every year. Known as a ‘gateway to Europe’, Zeebrugge’s port has been developed into a deep sea port since the 1970’s, allowing for a huge amount of cargo to pass through the harbour with large container ships. This makes Zeebrugge a highly important focal point for European and international trade. It also creates over 28,000 jobs, directly and indirectly, and is a highly important fishing port.

Aside from the benefits derived from its deep water port, Zeebrugge also holds a strong strategic position geographically. Located close to the UK and to many other major industrialised cities, Zeebrugge is perfectly placed as an entrance point for trade between the UK and mainland Europe. Its location also makes it ideal for tourists hoping to travel from the UK to explore Belgium and the other countries of Western Europe.

Zeebrugge itself is a small town in the northwest of Belgium and is known primarily for its port and the international trade that takes place there. It is a subdivision of Bruges, a larger city by far, and the capital of the province of West Flanders in Belgium. Bruges has a beautiful historic centre that makes it a popular spot for tourism. Its landmarks include the medieval Church of Our Lady, which is home to Michelangelo’s Madonna and Child sculpture, and the Basilica of the Holy Blood, where the relic of the Holy Blood is held.