Ferry ports on the Isle of Wight

The ferries that run between mainland England and the Isle of Wight move between several ports, some of which are located in popular seaside towns.
Portsmouth Port is home to a huge number of ferries and ships that set sail from Portsmouth and travel to a variety of international locations. Cruise ships, ferries and cargo ships all dock in Portsmouth, which is perfectly located for access from both sea and road. Portsmouth is also home to the historic harbour where the Mary Rose Museum, the National Museum of the Royal Navy and the HMS Victory and Warrior can be visited.

Ferry Ports on the Isle of Wight

About a mile away you can find the Southsea, a seaside resort within Portsmouth with its own seafront port, where hovercrafts also leave the mainland and cross to the Isle of Wight.

In order to catch a ferry directly to East or West Cowes on the Isle of Wight, you’d have to travel to Southampton, which, like Portsmouth and Southsea, is also located in South Hampshire. With close proximity to railways and the motorway, Southampton is easily accessible, and its port is the most popular cruise stop in the UK. Southampton port also benefits from a double tide, which allows a good amount of access time per days for ships. 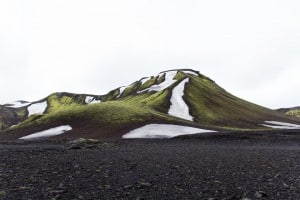 Nestled between Southampton and the seaside town of Bournemouth is Lymington, a very pleasant little market town where visitors can catch ferries to Yarmouth for day trips or longer holidays on the Isle of Wight. Thanks to its historic port, Lymington has long benefitted from trade, particularly in salt and and other international commodities. Lymington is also very close to the New Forest, making it a lovely place to explore the natural beauty of the area.

If you’re taking the high-speed hovercraft from Southsea, you’ll find yourself in the town of Ryde. The hovercraft service lands near Ryde’s Esplanade, while the Wightlink catamaran from Portsmouth Harbour also arrives in nearby Ryde Pier. The busiest town in the Isle of Wight, Ryde is also a very popular seaside resort and features the oldest standing pier in the UK.
Cowes is known as the gateway to the Isle of Wight, with catamaran services available from Southampton offering quick transport between the island and mainland England. The primary town of Cowes, sometimes known as West Cowes, is accessible to those travelling on foot by ferry, while those bringing their vehicles on board would catch the ferry to East Cowes. Cowes is famous for its harbour, which is host to thousands of yachts every year, along with many commercial crafts, powerboats and cruise ships. It is also known for Cowes Week, a major sailing regatta held annually in August.

The nearby East Cowes is the drop off point for Red Funnel’s vehicle ferry, and is connected to Cowes by a floating bridge in the daytime.